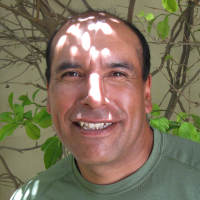 Native from the Antisana region, Abraham grew up in the mountain village of El Tambo in the Northern side of Antisana mountain, often watching climbers going to the base camp of this massive volcano, later he learnt mountaineering techniques with his friends and started following several amateur mountaineering courses. In 2003 Abraham became a fully qualified mountain guide after completing his training with ASEGUIM. He is a fluent english speaker. He has led several expeditions in the southern Andes including Aconcagua. He is a experienced member of the ecuadorian mountain rescue team. He is a internationally certified mountain guide ( IFMGA).