The most technical of all the mountains in Ecuador

It doesn't matter where you view it from; this ancient and extinct volcano is the most impressive in Ecuador's Andes. The fifth highest, it is the most technical of all the mountains in Ecuador. Known as "Capac Urcu" in Quichua for Sublime Mountain. El Altar presents the hardest climbing in Ecuador.
A legend says that El Altar tried to steal Tungurahua, Chimborazo’s wife. Chimborazo went to war against El Altar and won, leaving El Altar smashed. According to Indian legend, the collapse happened in 1460; geologists say that the collapse happened a lot earlier. The Spanish named the mountain El Altar, for it resemblance to a cathedral; German explorer and climber Hans Meyer christened the peaks with their individual religious names. El Altar is made up of nine major summits arranged in a reverse C-shape. Starting with the highest in the south and going around counter clockwise the
peaks’ names are as follows: Obispo; Monja Grande; Monja Chica; Tabernaculo; the three Frailes, Oriental, Central and Grande; and Canónigo.

El Obispo 5.319m / 17,451 ft is the most popular peak of El Altar because it is the easiest to get to and the highest. It has also some of the best climbing in Ecuador, which in good conditions is excellent. The choice of which the three standard ways up to Obispo, depends on the snow conditions.

Access/Depart: Drive / Hike in and out with horse support

Seasons: Better in September or from November to February

Summit day on El Altar begins early as we climb in the predawn hours on the route we decided upon the day before. Steep snow and ice leads to the upper superior glacier. From here a narrow gully of steep ice leads to a very exposed notch in the summit crest. From the notch we can look north into the deep inner cirques of El Altar. The last section of the climb is often the hardest with a steep rock wall above the notch presenting technical rock climbing difficulties. The holds are large but the rock is steep. Descent is by rappel and down climbing.

El Altar is a long summit day with varied climbing. It is no wonder it was the last of Ecuador's 5.000 meter summits to be ascended!

Important: Please note that this itinerary is a guideline only. We will do every effort to follow it, but in case of unforeseen circumstances we may have to make changes.

Our Complimentary Extension Packages offer great opportunities to explore some of Ecuador’s most dramatic scenaries, which have earned the country a reputation as one of the most bio diverse and unique regions on the planet.

We work with carefully selected tourism operators, which will offer the same quality and high standards of service that our clients expect from us.

You can choose from a selection of various (active) outdoor activities in the Galapagos, the Cloud Forest or Amazon Jungle. We highly recommend to extent your trip with a rafting experience.

WHY TAKE THIS TRIP WITH US?

Our mountain guides are an integral part of Andeanface because they understand and share our climbing principles. The quality of our guiding staff is the primary difference between us and our competitors. The guides we employ are personally known to us for several years, this has given us some of the best reputation. More importantly we consider safety on the mountains our main goal.

Altar is by far technically the hardest climb of Ecuador

We travel to Altar by jeep, and hike for one day to the Italian camp, we have horse support for the approach

Due to its position east of the Andean range, is one of the peaks which has more challenging & unpredictable weather. Best from November to February

El Altar Climbing Excursion is for climbers with proven climbing experience who are looking for off the beat track challenges.

We can also offer you:

Iliniza south climb and trek. Mountaineering and trekking in Ecuador.…

A more adventurous experience to the fourth highest volcano in…

Conquer the highest summit on Earth measured from the center…

The following scale reflects the difficulty of the climb considering the technical specifications, experience required, altitude and duration of the ascent. The grades are roughly estimated and you have to take into account the difficulty varies depending on your personal fitness and experience.

INQUIRE ABOUT
THIS TRIP

Please fill out all required fields as indicated by an asterisk ( * ).

One of the highlights of mountaineering and trekking in Ecuador is staying at some Haciendas and Lodges in between hikes or climbs.

Listed below are our selected accommodations for this trip. Although it is highly unlikely, we may have to make substitutions when necessary. 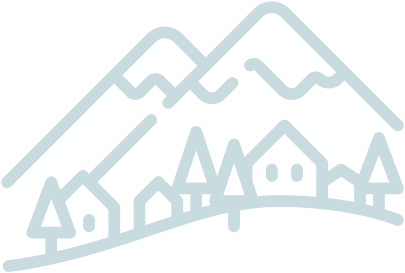