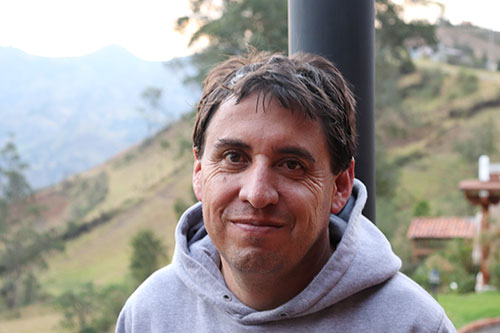 The Director and Head Guide of Andeanface, Javier, has been climbing in Ecuador for more than 25 years and has been organising expeditions for 15 years. As a mountaineer he has led many ascents in the Andes, the Alps, the Karakorum and the Himalayas. The eight expeditions he headed in Nepal include guiding on two eight thousand meter peaks.

Javier was one of the Instructors of the Ecuadorian Association of Mountain guides (ASEGUIM), and has completed several courses with ENSA, the French National School of Guides. On voluntary basis he is actually the coordinator of the rescue team of the association of guides ASEGUIM

During his cycling career he won seven times the National Road Racing Championship, and also a gold and silver medal in the Pan-American games of 1990, for which he was awarded the Presidential Medal of Honour for the highest merit in sports.